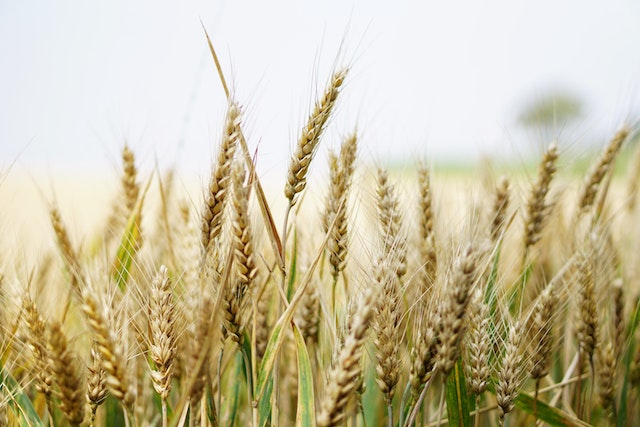 Farming land has decreased and more dairy farmers have left the industry, while cotton, canola and wheat production has hiked.

Rob Walter from the bureau told AAP that key commodities like wheat and canola had big jumps.

“The big takeaways are that wheat and canola really expanded both the value and production of them,” he said.

Wheat production was up 14 per cent on the previous year to 36 million tonnes, while canola producers recorded a 43 per cent increase to seven million tonnes.

“That’s driven a lot by the availability of irrigation, water and the increased rainfall has created favourable conditions,” Mr Walter said.

But there was a continuing decline for dairy with the national dairy herd shrinking 10 per cent to 2.1 million head as producers either scaled back sales or moved into beef cattle.

The dairy herd has declined from 2.6 million head over the past five years.

The number of sheep and lambs grew by three per cent to 70 million while the beef cattle herd grew by one per cent to 22 million.

The ongoing La Nina weather cycle resulted in a mixed season for broadacre crop producers in the eastern states.

Sugar cane was down eight per cent to 28.7 million tonnes, while there were significant increases in rice and sorghum production.

Barley and oats production were both down on the previous year.

The survey is sent to around 25,000 farmers but a lack of response this year meant the quality of responses was lower than required to produce a full set of regional agricultural statistics.

The bureau won’t conduct large agricultural surveys in the future and will instead rely on existing data from government, industry and commercial sources.

“Part of the reason that we’re making this change is to reduce the burden on farmers.

“Farmers know that there are other information sources available and they find it frustrating we’re asking for information already available.”